Got my new RPi3 today , I was able to get it ordered early Monday morning by poking around Element14’s website. Even though they didn’t have it posted they did an available part number, 77Y6520, so I used that to place an order and I got notified on Tuesday that it was sent 🙂 The CPU is a little beefier and its 64bit and the board now has wifi and bluetooth onboard. So I’ll probably implement some bluetooth geo-fencing with IFTTT in my home automation project. 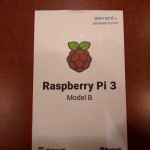 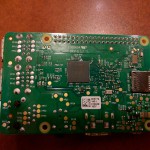 Using Flask and JQuery, a friend helped me out with automating capturing the 433mhz signal from remotes so you don’t have to manually add them in the code.

Basically the Flask starts a webserver when you click n the add button, the code executes the RFSniffer binary and receives the data when a signal is received, then displays it to the webpage. Still have to finish the code for adding the data to the MySQL db , but thats the easy part.

So I received an official 7″ touch display for xmas. Even though it’s $60, it brings my total cost over 200$ for the project. But I thought it would be an awesome addition to the project because you don’t have to whip out your phone just to control everything. I’s a pretty sweet 800 x 480 10 point capacitive touchscreen display all you need to do is connect the DSI ribbon cable and feed ground/5v from the Pi’s GPIO pins. Im thinking starting the browser in kiosk mode should suffice once I finish the node.js interface. The only issue I havent resolved was to power down the screen fully when the Pi shutdowns. If anyone knows how to let me know. Working on mini MAME arcade machine. It was designed in Solid Works 2015 then cut out of 1/4″ MDF on our Epilog laser cutter. Will be powered by a Raspberry Pi and a 9″ TFT screen. The software is MAME4ALL-Pi running the MAME 0.375b5 romsets. The joystick and buttons are connected directly to the GPIO pins and the 9” monitor is connected to the Video out port.

Pilybius is based off an arcade cabinet described in an urban legend about a game called Polybius, which is said to have induced various psychological effects on players. The story describes players suffering from amnesia, night terrors, and a tendency to stop playing all video games. Continue reading → 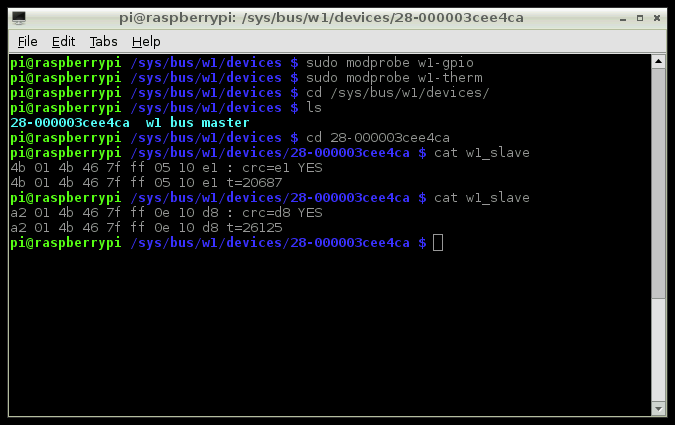 Testing out the Web interface for Raspberry Pi home automation.

Work in Progress, will update asap….

Using parts made from a Makerbot Replicator 2X 3D printer, some square metal rods, and a series of 5 peristaltic pumps. The project was based off a project called Bar Mixvah. The problem with the orginal is that you had to use a sluggish MongoDB database and a laptop in order to get it up and running. I wanted something that was self contained. Using an old Raspberry Pi with 256mb ram, I worked with a few guys from NESIT to redesign the top portion to fit the raspberry pi into and then created a slim MySQL backend with PHP and node.js. We’ve been working on our new door entry system for NESIT that will allow members to enter the space through our sliding door. This will replace our current Arduino RFID door access system. It utilizes a RFID card reader that checks the tag against a SQLite database then opens the door by triggering a 5v relay connected to a garage door opener. It also tweets when someone arrives @ the space to Twitter.com as well as logging the arrival into the database. Connected to the front of the device is a small 4.5 lcd screen connected by s-video port that plays videos when someone scans their card. Continue reading →